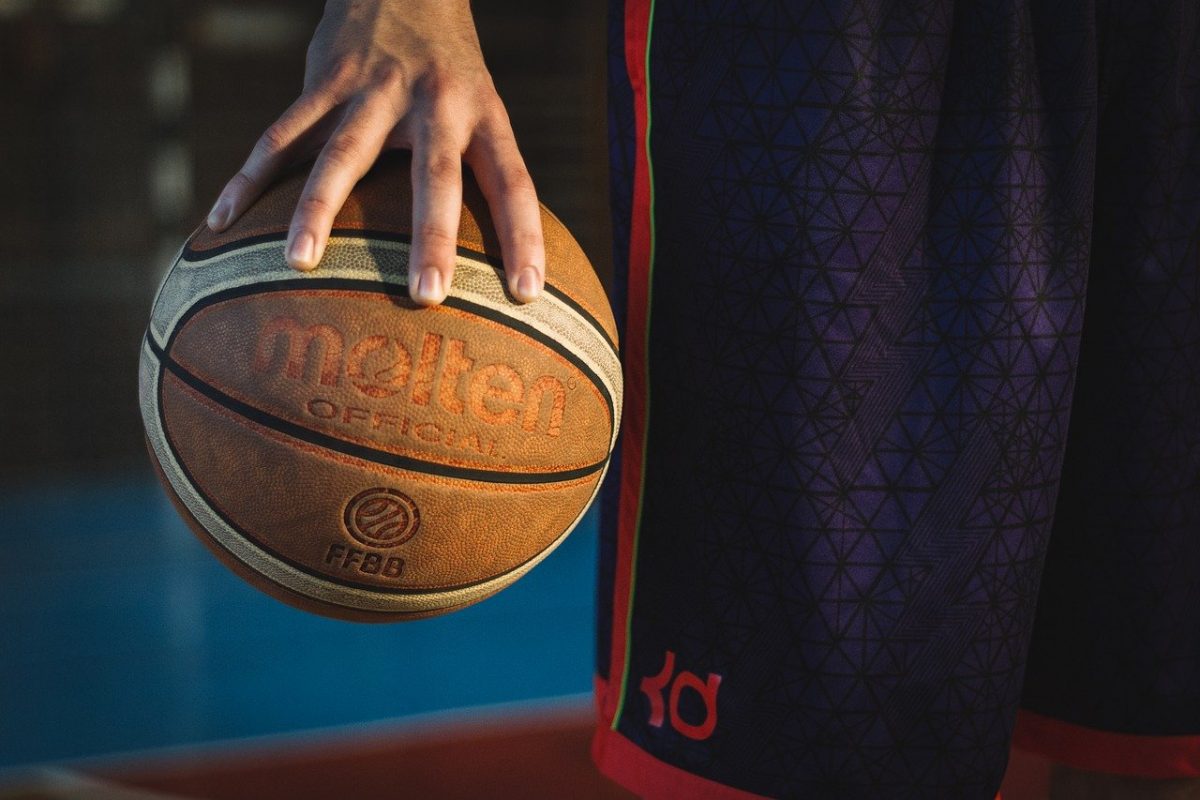 Everyone who loves basketball both as a fan and a player must know the basic knowledge about the game. That said, the question is, “how much does a basketball weigh?”

The differences aren’t too broad, but we need to discuss them in detail so that you could have enough knowledge about the game you love the most.

Let us move into a detailed discussion on basketball weight and size for men and women as follows:

Coming towards the NBA now, the official size for basketball in this league remains the same, i.e. 30 inches (74 cm) for both men and women. Meanwhile, the official weight is either 22 oz. or 21 oz. respectively.

Talking from the International perspective, the tournaments use standard Molten GL-7 basketball, which comes with a size of 30.7 inches.

As we go down in the hierarchy, the standard size and weight slowly change when we talk about high school or the NCAA. The official weight becomes just 22 ounces along with an average circumference of 29.5” or sometimes 28” respectively.

Coming towards the kids aged between 4 to 8 years, the official size decreases at round about 22 to 24.5 inches. That’s because kids have smaller hands and a smaller size helps them have a perfect grip on the ball.

You might think, “What could be the reason there’s a difference in size and overall weight of a basketball when it comes to women?”

Well, not discriminating anything but women have comparatively smaller hands compared to men.

As a result, they feel more comfortable while gripping a smaller size basketball.

Anyways, cutting right to the chase, the first standard weight for a women’s basketball is 18 ounces with a diameter of 28.5 inches.

Similarly, the second standard weight is 20 ounces with a size of 29 inches. That’s the official stats for a basketball weight and size while keeping women in mind.

Moving further, women use the standard Molten GL6 basketball on international duty. It has a circumference of around 28 inches.

The WNBA, on the other hand, shows no discrimination in terms of size and weight and it remains the official 29.5” circumference along with 22 oz. weight.

NCAA or high school female athletes use the basketball with a weight of around 20 ounces. The size decreases somewhere from 28.5” to 26”-27” respectively.

That’s all about the contrast of weight and size when we take Men’s vs Women’s basketball into perspective.

Weight of a Fully Inflated Basketball

You might have heard that a fully inflated basketball weighs more than standard.

It might as well be true as the companies tend to fill the balls a little bit more than the standard weigh-in.

They do it deliberately as the ball could lose some air with time. So, the roundabout weight yet again falls back to 22 oz. which is the official standard set by Basketball Association.

How Air in Basketball is Measured

The standard unit used for filling air in basketball is PSI abbreviated as pounds per square inch.

Plus, the official administration uses a Pressure Gauge to measure the amount of air filled in the ball. Normally it stays at around 8 PSI but could go as high as 9 PSI depending upon the circumstances.

Basketball weight and size do have an impact on the overall gameplay. That’s one of the reasons authorities pay great attention to maintain the standard air pressure and circumference on the basketball.

All the stats I’ve mentioned above are confirmed from multiple primary and secondary sources. However, there might be a slight difference in approximation and it isn’t a big issue.

I hope you now know the answer to the question, “How much does a basketball weigh?” well enough.

You could either flex this information on your friends or keep it to yourself. I’d prefer the former option though *Evil Laugh*

Got any other questions related to the basics of basketball? Leave it down in the comment box and I’ll get back to it as soon as possible.