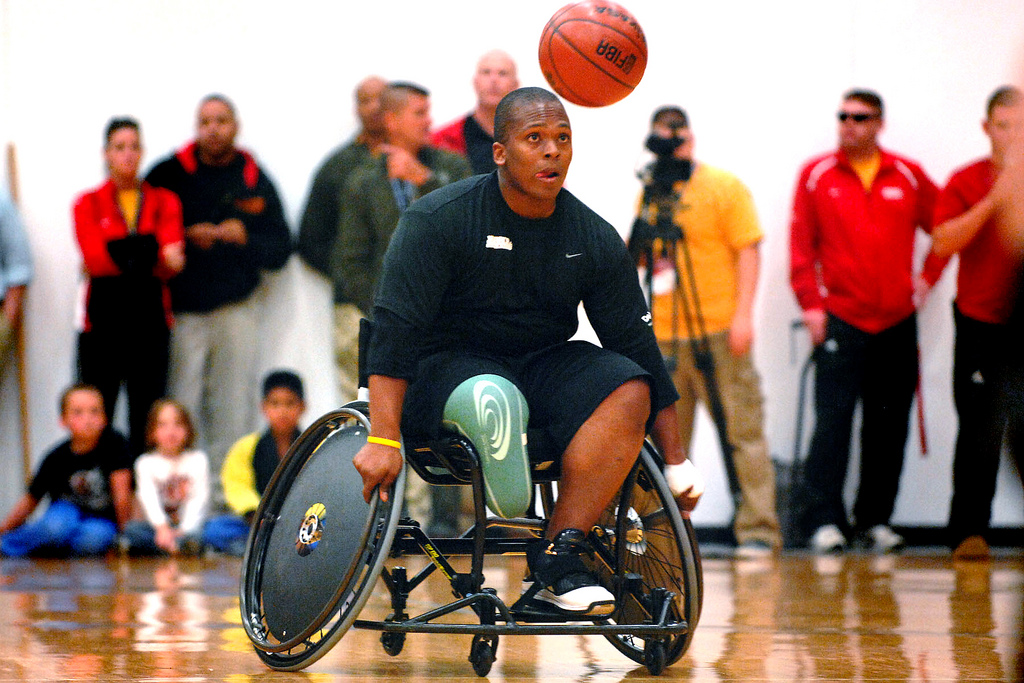 When I was a kid, my dad took us to a Harlem Globetrotters game at the local gym. Our jaws dropped in our front-row seats as we watched magicians such as Curly Neal (who was completely bald, by the way) and Meadowlark Lemon do unimaginable things with the basketball.  But I now know that the real wizards are in wheelchairs. If you´ve never seen the moves and shots from the chairs of Brandon Wagner, Joey Johnson, or Richard Peter, you need to take a look–soon. [1]

The Paralympic Games have long highlighted the competitiveness, daring, and speed of wheelchair hoops. And there’s no shortage of drama in the games either. The aforementioned Richard Peter sank two late free throws as Canada snuck by Australia for the gold in 2012. He achieved this feat from a wheelchair. What most spectators didn’t realize at the time was that when he was four, Richard was run over by a bus, crushing his spine and hip. He only survived because he managed to fall into a puddle, and the depression in the road allowed him to live.

Basketball is one of the fastest sports around. But when played by wheelchair athletes, speeds increase and collisions abound. One of the clear benefits of the sport is that it toughens the participants up, according to Peter. Being fast on the court in a wheelchair has given Richard the chance to chase his dream of playing at the top level of the sport. What does he do when he’s not pounding the ball at the basket? He visits schools to talk on safety and injury protection, as well as helping to rehabilitate others.

Contrary to what many believe, wheelchair hoopsters don´t just careen around the court out of control. “It’s actually a very controlled and precise sport,” exclaims Singaporean athlete Emilio Choo. Sometimes the chairs do indeed crash, but the falls lead to a sense of more confidence and strength in terms of physical ability–as well as disability, according to Choo.

As a result of playing wheelchair basketball, Emilio´s upper body is buffer. Obviously, shooting from a lower height while playing in his wheelchair has made a huge difference. Choo is a paraplegic and claims to have bad balance in his waist or core. Through the sport, however, he’s learned to control his torso better. “I understand where my balancing point is now,” he enthuses. This attitude reveals one of the greatest benefits of basketball in a wheelchair: His outlook on life has been bolstered, and the fear and uncertainty resulting from his injury have dissipated.

Coach Jess Markt first ran into wheelchair basketball when he witnessed the Portland Wheelblazers in action back in 2000. While Jess was at the University of Oregon back in 1996, he was in a terrible car accident that left him with a broken back. He grew up an athlete, played basketball, and even high jumped on the university team. Finding wheelchair basketball after his accident was a blessing. 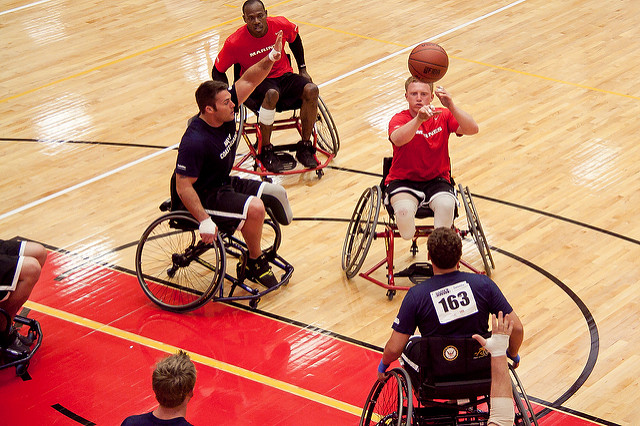 Markt said in an interview that he considered “wheelchair basketball to be the final piece in his recovery”. Markt had taken the opportunity to return to university to obtain his degree and it was at this point that he felt he had completely reintegrated back into his social life. He was able to land the first job of his communications career within just a few years of his injury. Even with all this forward movement in his life he still had a feeling there was something still missing. He needed to be able to return to competitive sports. It was the missing piece to the injury puzzle and was that last element needed to complete a “full realization of myself post-injury,” . Markt affirmed.

Despite all the new ramps you see springing up around your city and campus, wheelchair users still lack easy and equal access to most public spaces—effectively shutting them out. Yet, when a wheelchair user is able to “participate in a sport that is designed for them, a feeling of belonging that isn’t found in other places arises. When you know that you belong, you’re able to relax and enjoy yourself.” according to aeroflowinc.com.

Finally, for those of you reading this article who’ve never been in a wheelchair, the next time you´re in the Boston area, do your best to visit the Children’s Museum. You´ll find an amazing exhibit that allows you to sit in a wheelchair and try to navigate various surfaces, just to see how challenging life in such a chair can be. After 30 seconds making my way in a wheelchair on a patch of gravel there, I was totally and utterly stuck. I couldn’t budge. Try it yourself, and you’ll soon know that wheelchair basketball players are the ultimate wizards. 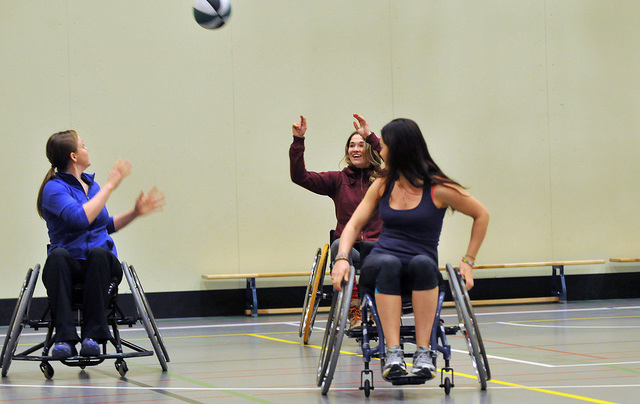 Photo by: University of the Fraser Valley